Hi, everyone! I've moved to WordPress with a little help from my friend :) Please update your link to www.jakartadailyphoto.com Some pictures are still not showing up correctly and I'm fixing that as I go along. Hope to see you all in my new place! 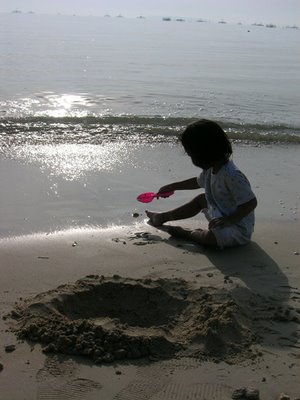 Mom, I love going to the beach...I love playing with sand...I love you, Mom. It's Mother's Day here today.Cheers to all mothers around the world! :) 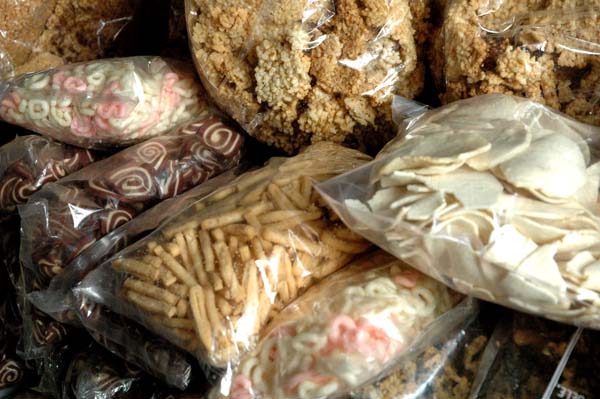 indonesians love snacking. and one of the most favorite snack would be crackers. there are many types of them. sweet, salty, spicy.. as long as they're crunchy. the picture above shows a small kinds of crackers sold in the traditional markets.
# posted by sLesTa : 12/20/2006 07:28:00 PM  1 comments 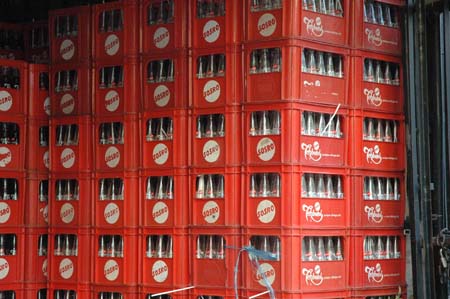 as posted before, teh botol sosro or sosro's bottle tea is the most favorite tea in town. i recently passed a distributor of this bottle tea and couldn't help but take pictures of the empty crates, ready to be filled and distribute.
# posted by sLesTa : 12/19/2006 07:20:00 PM  1 comments 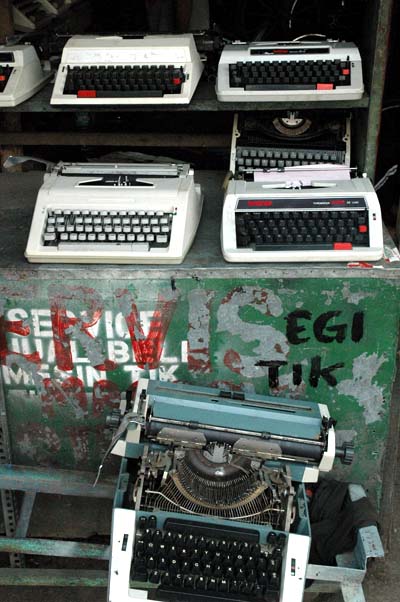 these days, we're more familiar with keyboards and monitor screen than typewriter and a piece of paper. typewriter is pretty much old school now and more like antiques compare to computers.
that's why i could not help but take pictures when i found the displays of typewriters being sold in the flea market near one of the traditional markets in south of jakarta. they look well maintained, right?
# posted by sLesTa : 12/18/2006 09:26:00 PM  6 comments 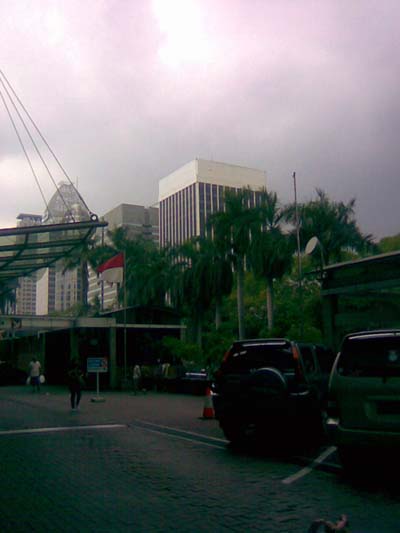 now that the rainy season has come, dark clouds are always hanging over jakarta. though the sun is covered by the clouds, the hot temp is still unbearable cuz just before it pours, the humidity caused a 'sticky' day =)
pardon me on the quality of the pic, i took it with my camera phone.
# posted by sLesTa : 12/17/2006 08:56:00 PM  2 comments

How to plant a Mangrove 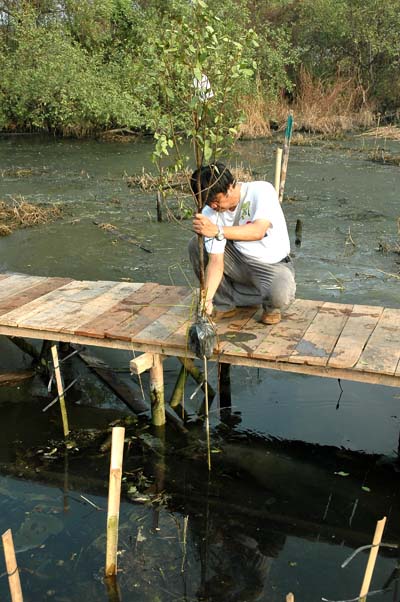 continuing my previous post.. do you wonder how to plant a mangrove? well, considering that the plant lives in a swamp. few weeks ago, i get to see it firsthand. the guy in the picture above was planting one, as part of community program. he just stick the plant inside the swamp and tied it to a stick of bamboo that was previously planted on the site. so that the plant will be able to grow despite of the high tides. pretty interesting, eh?
# posted by sLesTa : 12/15/2006 03:51:00 PM  2 comments 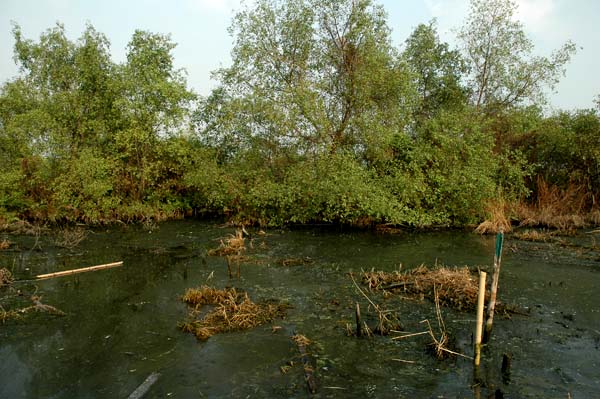 in jakarta, coastal zone is located in the northern part. however, due to the rapid development within the city, it affects the natural balance causing a quite serious erosion along the coast. one of the effort to overcome this issue is to preserve habitats for mangrove trees. mangrove lives in a swamp as pictured above. mangroves provide significant value in the coastal zone as a buffer against erosion, storm surge and tsunamis. more and more awareness on this significant contribution of mangrove is being implemented to help the erosion in the coastal zone of jakarta. hopefully, it helps.
# posted by sLesTa : 12/14/2006 10:53:00 PM  0 comments 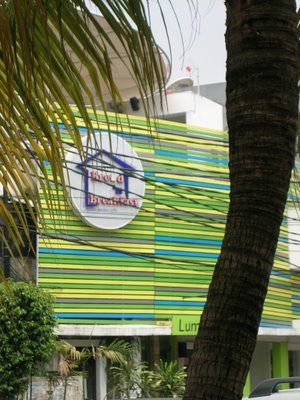 The shop is called Bread 'n Breakfast, located in Kemang. I find those stripes interesting, especially with that tree on the foreground :) 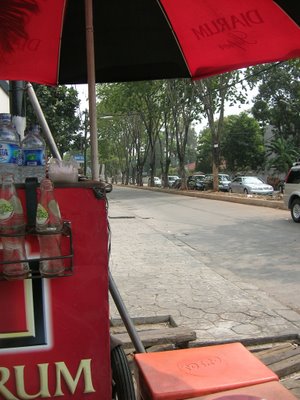 Stopped by on the sidewalk and got myself a bottle of cold tea. Oh, look at those cars lined up!

"Come here everyday and discover the capital city of Indonesia. A hectic city located in the island of Java. Still having a huge problem on air polution, poverty and traffic jams. Yet the people are very friendly and the weather is always warm :)"